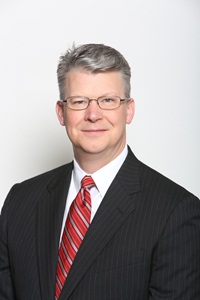 In a recent interview, AICPA Senior Vice President of Congressional & Political Affairs Mark Peterson discussed this year’s political landscape in our nation’s capital, gauged its impact on the CPA profession’s legislative agenda and explained the importance of the Institute’s Key Person Program.

Many political observers say little will happen legislatively this year because of the presidential race and continuing congressional gridlock. What’s your view?

The way Congress worked cooperatively on the federal budget and a highway bill to bring 2015 to a close was the silver lining in an otherwise cloudy legislative year. Some of it can be attributed to the change in House leadership in October, with Rep. Paul Ryan asking the Republican caucus to unite behind him as Speaker. It remains to be seen if we’ll see morsubstantive legislative activity this year or if the two parties will revert to protecting their respective agendas as the presidential campaign heats up. In any event, we are looking for opportunities to advance the profession’s agenda.

Are any issues of interest to the CPA profession likely to rise above the fray this year?

I do believe we can make headway with two important pieces of legislation. The first is mobile workforce; the other is patent reform.  The mobile workforce issue involves businesses that cross state lines and are subject to compliance with non-resident income tax withholding. The requirement differs from state to state, with some states requiring withholding for as little as one day of work. In response, the AICPA is advocating legislation that would create a uniform national standard of 30 days. We play a leading role in the National Mobile Workforce Coalition, which is actively strategizing with House and Senate staff on ways to advance the legislation.

The profession also strongly supports actions by the House and Senate to adequately curb the threat of patent holding companies, or patent trolls.  These entities acquire patents with a goal of finding inventors and companies that the troll claims is infringing its patents. Some of these companies bring lawsuits for mundane daily uses of technology, such as document scanning and WiFi. Settling or fighting the lawsuits is costly to businesses that include accounting firms and their clients. We favor legislative reforms to the patent system that protect off-the-shelf use of these technologies and make trolls pay for unsuccessful litigation.

In both cases, a majority of lawmakers see eye-to-eye with us. It’s just a matter of getting both the House and Senate to take final action.

What other issues are on your team’s legislative advocacy list, Mark?

As is usually the case, the AICPA has been quite active in advocating on the profession’s behalf regarding tax policy. And we’ve had a couple of wins in the last year. A measure we backed changing the due dates by which certain tax returns must be filed was signed into law last July. And in December, the President approved the temporary or permanent extension of more than 50 provisions in the Internal Revenue Code – known as tax extenders.

Looking ahead, we are actively monitoring proposals to regulate tax return preparers. In our view, Congress should give the Internal Revenue Service very specific authority needed to deal with unethical or unqualified tax preparers.

In addition, the AICPA is a long-time advocate of implementing permanent disaster tax relief provisions. We believe Congress should provide fairness, certainty and consistency with tax relief that automatically applies once the President issues a disaster declaration. In September, we endorsed several disaster relief tax provisions that are contained in House and Senate legislation.

We also are working as a profession, and through a coalition of like-minded groups, to remind lawmakers that we strongly oppose any limitation on the use of the cash basis method of accounting for tax purposes.

Last, but not least, is the issue of IRS taxpayer service. We are longtime supporters of giving the IRS sufficient funding to be responsive to the needs of taxpayers and tax advisers. Congress heard us and authorized an additional $290 million in funding for the IRS to address taxpayer service in the recently-enacted spending bill. It won’t solve the problem, but it’s a step in the right direction.

What is the AICPA’s Key Person Program?

The Key Person Program is a cooperative effort of the AICPA and the state CPA societies that was established to maintain regular and personal contact with each member of Congress. The program accomplishes this through the development and maintenance of a cadre of politically-sophisticated and knowledgeable members from coast to coast with the ability to educate Representatives and Senators when quick action is needed on a legislative issue affecting the CPA profession.

It is a tremendously important grassroots program that supports the efforts of the AICPA’s Congressional and Political Affairs Team in Washington, D.C. You’re heard the phrase, “All politics is local.” Well, it’s true. And by personalizing the profession’s views through a CPA constituent, we aim to localize the political impact of federal legislation and reinforce for members of Congress that the views expressed by the AICPA’s legislative staff are representative of the views of CPAs and others in his or her district or state.

Needless to say, Key Persons should be well versed in all legislative and political issues affecting the profession. In a sense, each Key Person is a lobbyist who must be able to communicate the AICPA’s positions to members of Congress clearly and understandably. We keep Key Persons up-to-date through the Advocacy Center. When issues arise where timely contact and feedback are needed, Federal Legislative Action Alerts are sent to Key Persons (generally via email). To learn more about the Institute’s Key Person Program, contact Vicki Simmons at congaffairs@aicpa.org.