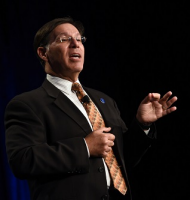 Tax reform remains top of mind even if it’s unlikely to advance during this session of Congress. And the American Institute of CPAs (AICPA) is closely monitoring activity on Capitol Hill to be certain the use of the cash method of accounting for tax purposes is preserved.

Most such firms and partnerships use the cash method of accounting, according to Karl. Regardless of how big the business is – or hopes to become – it allows them to understand

company’s finances, cash position and to pay taxes based on money that has actually come in and what has gone out. And when tax time comes, the owners – also on the cash method – know exactly where they stand and can pay the taxes that they owe.

The accrual method of accounting has its value, too, he points out. In fact, many CPAs would argue that the accrual method is the best way to understand the overall financial health of a business. … When it comes to taxes (where financial condition is moot), however, the cash method has been an accepted method for ages.

Acknowledging that tax reform is dead this year, Karl cautions that because a forced transition to accrual accounting would result in an immediate infusion of revenue for the U. S. Treasury, it is an appealing option that could be picked up as a pay-for in any other legislation unrelated to tax reform. “The cash method should not be used as a pay-for in tax reform or in any other legislation. We believe the cash method should be left alone,” he concludes.