The U.S. Department of Labor (DOL) on May 18 released a final ruleamending the requirements for overtime pay that would dramatically increase the salary thresholds for exemption for CPA firms and other businesses throughout the nation.  The rule has been strongly opposed by the American Institute of CPAs (AICPA) and the accounting profession and many others in the business community.

Under the Fair Labor Standards Act (FLSA) employees who work more than 40 hours in a week are entitled to overtime pay, unless they meet the requirements of one of the wage level and duties tests.  The new rule doubles the minimum salary threshold from $23,660 to $47,476 annually and raises the exemption level for what are considered “highly compensated employees” from $100,000 to $134,004 annual salary.  DOL estimates that this rule change will directly impact some 4.2 million workers across the United States not currently eligible for overtime and may reclassify an additional 8.9 million salaried workers as nonexempt.

Businesses nationwide are assessing the effects of the new overtime-pay rule, with many companies saying the regulation will lead them to reduce workers’ hours, cut benefits, or limit flexible office arrangements.  Companies will have until December 1, 2016, to make determinations on which employees to reclassify as nonexempt and implement the changes.

While most accounting firms will work to absorb the additional payroll expectations, the overtime rule will have a significant negative impact on smaller accounting firms.  Of particular concern are the impacts the change in overtime has on major decisions such as hiring, expansion, the offering of benefits and the ability to offer flexible working arrangements.  Further, DOL does not take into consideration the seasonal nature of the accounting profession, nor the numerous small firms that are unable to increase the salaries of their employees to comply with the exemption threshold, while also meeting the demands of tax season each year.

In a statement released after the rule was issued, AICPA President and CEO Barry C. Melancon, CPA, CGMA, said, “The AICPA has clearly and consistently outlined its concerns that the Department of Labor proposed rule will increase the administrative burden in complying with the regulations while dramatically increasing employers’ payroll costs.  The proposed revisions fail to modernize or streamline the regulations, are not reflective of the realities of the modern workplace and a changing workforce, and would adversely affect both employees and employers.  DOL’s modifications to the rule did little to lessen the likelihood that CPA firms and countless other businesses will be forced to curtail hiring – and may even have to reduce the size of their workforce.”

As a member of the Partnership to Protect Workplace Opportunity (PPWO) – a diverse group of stakeholders including businesses and associations that represent millions who could be impacted by the proposed rule – the AICPA is urging Congress to intervene in the process so that regulations governing overtime pay reflect the evolving workplace in a manner that is not economically counterproductive.

Bob Patterson, chairman, Kentucky Society of CPAs Board of Directors

As a part of a final push to convince officials that the rule should not be finalized, the AICPA and state CPA society representatives met twice with Office of Management and Budget officials as they reviewed the proposed rule. 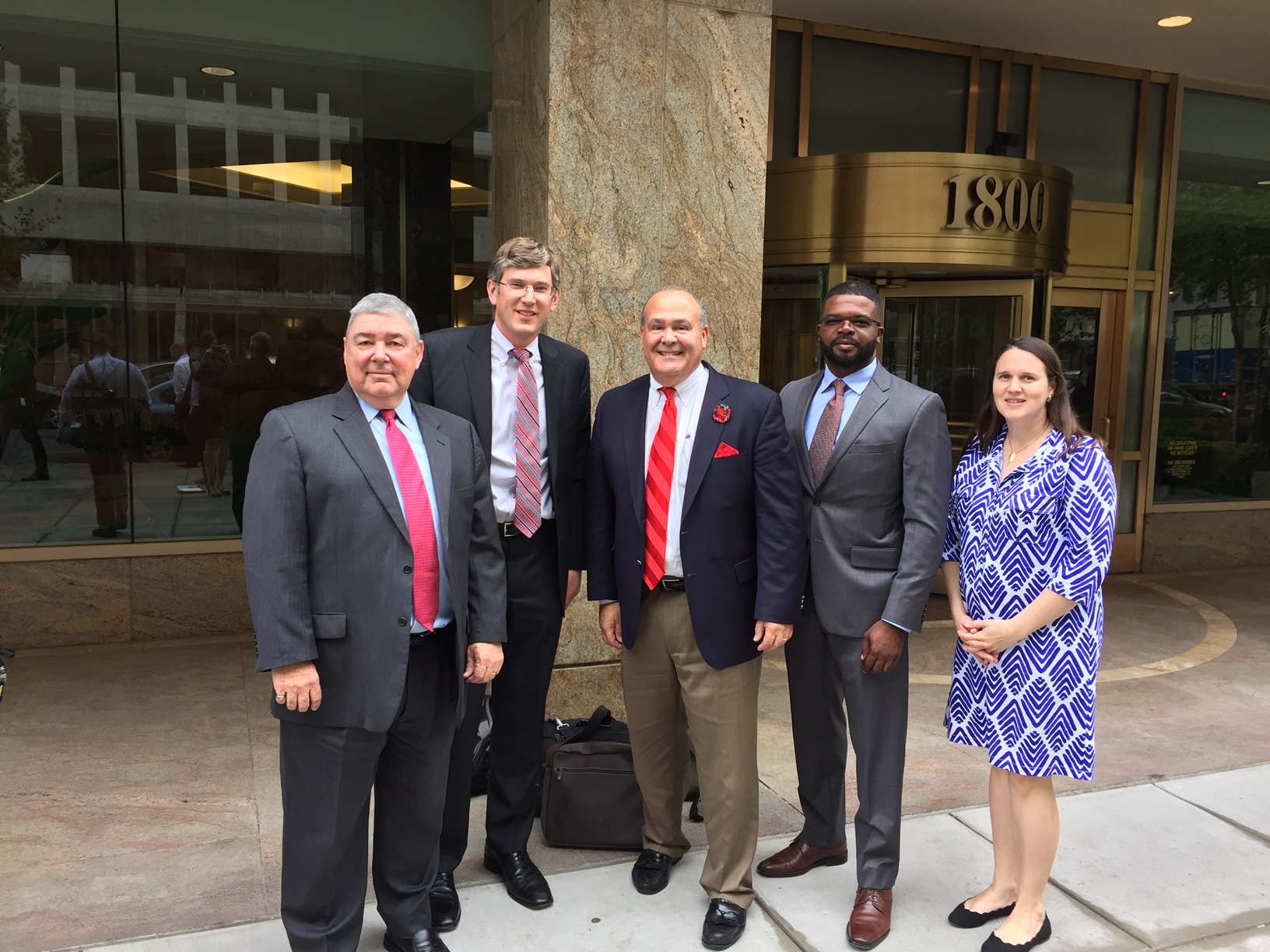 Bob Patterson, chairman of the board of directors of the Kentucky Society of CPAs, and AICPA staff participated in an April 22 stakeholder meeting arranged by the PPWO with OMB officials.  The meeting was attended by approximately 20 PPWO members who explained why the proposal would have negative consequences.

Representatives of the Maryland Association of CPAs (MACPA) and the AICPA met on April 27 with OMB to discuss issues of concern to the profession regarding the proposed overtime rule.  Attendees’ comments covered concerns related directly to the profession.  The meeting was attended by Allen DeLeon, chair of