Tax Strategy Patents that have been the Subject of Lawsuits

Information regarding the SOGRAT patent lawsuit and PTO re-examination: 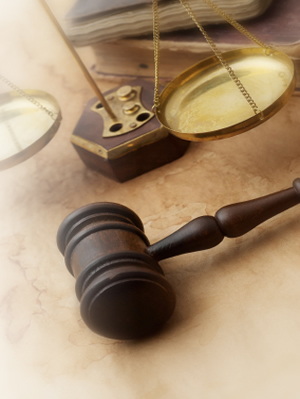 The primary catalyst for the concern of the AICPA and other tax practitioners was a 2006 infringement suit over the “SOGRAT patent.” Awarded by the USPTO on May 20, 2003, to Robert C. Slane of Wealth Transfer Group LLC, the SOGRAT patent describes an estate planning technique that uses grantor retained annuity trusts (GRATs) to transfer nonqualified stock options (NQSOs) to younger generations, with few or no gift tax consequences.1

GRATs are permitted under Sec. 2702 and the regulations there under. Many estate planners are familiar with, and routinely use, GRATs to shift a variety of different types of assets to younger generations. Thus, it came as quite a surprise to many estate planners when an article touting the estate tax benefits of placing NQSOs into a GRAT noted that the technique had been patented by one of that article’s authors.2 This surprise grew into concern when the patent holder instituted the above-mentioned patent infringement suit against a taxpayer who implemented the technique without its permission.

1 On Jan. 6, 2006, Wealth Transfer Group LLC filed a complaint in a Connecticut Federal district court against John W. Rowe, alleging that he infringed its SOGRAT patent; see Wealth Transfer Group LLC v. John W. Rowe, Dkt. No. 3:06-cv-00024-AWT. Wealth Transfer Group LLC sought an injunction and damages against Rowe after discovering (through Securities and Exchange Commission filings) that he funded a GRAT with NQSOs. On Feb. 6, 2007, the parties filed a joint motion to stay the case, stating that they have agreed in principle to resolve the matter. On March 9, 2007, the court approved a confidential settlement to end the litigation, without Rowe admitting liability. See the SOGRAT patent and the 3/9/07 consent judgment.

On January 13, 2010, the U.S. Patent and Trademark Office (USPTO) initiated a review of the 2003 SOGRAT patent. David Kappos, director of the USPTO, issued a director-initiated order for reexamination of the SOGRAT patent. Patent reexaminations are allowed when prior art is discovered that raises a "substantial new question of patentability," but that usually occurs when an interested third party or the inventor makes a request in the course of litigation. According to agency statistics, only 1 percent of reexaminations are initiated by the USPTO director.

At issue in the reexamination is why some prior art was not considered when the USPTO first examined the patent claim. According to the order for reexamination, "it is apparent . . . that an examining procedure has not been followed, which has resulted in the issuance of a claim in a patent that is prima facie unpatentable." The order listed several tax practice articles about the operation of GRATs that predated the original patent claim examination but weren't considered by the examiner.

The reexamination order identifies eight publications (in addition to statements from the text of the SOGRAT patent) that raise a "substantial new question of patentability."

The patent owner and the USPTO will probably argue the merits of the SOGRAT patent in view of these prior art references according to the specific procedural details of the ex parte reexamination process. During the reexamination, the SOGRAT patent will still be in force. Claims in the patent (that describe the specific invention that the patent owner can protect) may be added, confirmed, amended, or canceled. The process is likely to take more than a year, as the recently reported median pendency of ex parte reexaminations is twenty months.

U.S. Patent No. 6,292,788 B1 is for “Methods and Investment Instruments for Performing Tax-Deferred Real Estate Exchanges.”  The patent was issued on September 18, 2001 after being filed on December 3, 1998 by Neal Roberts of Santa Monica, California and three other inventors.  The patent is assigned to American Master Lease, L.L.C., which has granted an exclusive license to CB Richard Ellis Investors, L.L.C., both of Los Angeles, California.

According to the patent, mature investors desire investments that (1) provide a safe, steady income stream, (2) are liquid, (3) are divisible, (4) do not have to be actively managed, and (5) can be sold by their estate to pay estate taxes.  Although investment real estate has difficulties meeting many of these desires, a large amount of money is currently invested in real estate.

Selling real estate that has appreciated in value can result in severe tax consequences.  Title 26, Section 1031 of the Internal Revenue Code permits deferral of the taxes on investment real estate by reinvesting in other investment real estate, subject to the conditions that (1) the new property has both value and debt that are equal to or greater than the property being sold and (2) certain time limits are met.  According to the patent, it would be desirable to provide an investment instrument that provides, safety, a steady income stream, divisibility, ready liquidity, and no involvement in management of the property, while meeting the requirements of Section 1031.

The patent describes methods and investment instruments for investing in real estate using “deedshares.”  According to the patent, a deedshare is a new type of investment instrument that represents a tenant-in-common interest in real estate and provides the divisibility and liquidity of a traditional security, such as a bond.  A portfolio of investment real estate is divided into tenant-in-common deeds of predetermined denominations, which are subject to a master agreement and master lease to form deedshares.  Holders of the deedshares receive a guaranteed income stream from the master lease and yearly depreciation, without having to maintain or manage the real estate.  They are subject to a mechanism that enables the master tenant to purchase the deedshares at fair market value, or some other calculable value, at the end of a specified term.  According to the patent, because the deedshares qualify as interests in investment real estate, they are eligible for tax-deferred treatment under Section 1031.

There has been litigation (Fort Properties, Inc. v. American Master Lease, LLC) in the District Court in California involving a dispute between the nominal holder of the patent (Neil Roberts) and three individuals that Roberts recruited to start a Tenant In Common (TIC) business (and to help develop the patent) who later severed their relationship with Roberts and continued the business on their own.

3 The Section 1031 deedshare (patent number 6,292,788 B1) was issued on Sept. 18, 2001, to Neal Roberts, Michael Franklin, Charles Runnels and James Andrews. The patent is assigned to American Master Lease, LLC, which has granted an exclusive license to CB Richard Ellis Investors, L.L.C.; click here.

See the Section 1031 Like-kind Exchange Tenant in Common Deedshare patent and the 1/22/09 motion for summary judgment as part of the lawsuit.  According to the 1/22/09 motion for summary judgment, because the claims of the Patent are not tied to a particular machine and do not transform an article, they are invalid under the test set forth in Bilski.

On Feb. 27, 2012, the Federal Circuit Court of Appeals affirmed the district court decision that applied the machine-or-transformation test and held that this patent for an Internal Revenue Code section 1031 like-kind exchange investment strategy was not patent eligible because it did not meet patent subject matter eligibility requirements.

Until the Appeals Court ruled on 2/27/12, the patent was invalid in the jurisdiction covered by the Central District of California. In order for the patent to be invalid other places, the case needed to be appealed and ruled as such by the Federal Circuit of Appeals, which hears and rules on all patent cases for the country.  As of 2/27/12, since the Court of Appeals has ruled that the patent is invalid, it is invalid in other parts of the country as well.

Until the Appeals Court ruled on 2/27/12, the patent was invalid in the jurisdiction covered by the Central District of California. In order for the patent to be invalid other places, the case needed to be appealed and ruled as such by the Federal Circuit of Appeals, which hears and rules on all patent cases for the country.  As of 2/27/12, since the Court of Appeals has ruled that the patent is invalid, it is invalid in other parts of the country as well.

For information on other tax strategy patents that have not been the subject of lawsuits but may be of interest, see other Interesting Tax Strategy Patents (including information on the CRT Patent - charitable remainder trust - Lang patent) and the following related documents:  Infringement Warning Letter Info. and Request for Examples - Lang patent - (including PGDC info. and CRT TAM and CRUT PLR, NIMCRUT info. and 1999 IRS ruling info. and Press Release and Jan. 2007 Patent infringement possibility letter).