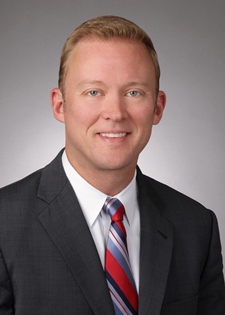 Mat Young is Vice President of State Regulatory and Legislative Affairs at the American Institute of CPAs (AICPA). In this position, he works closely with state CPA societies and directs the team that assists the societies on state legislative and regulatory issues affecting the accounting profession.

Young previously served as AICPA Director of Congressional and Political Affairs, working closely with the state CPA societies and AICPA members on federal legislative efforts that are critical to the CPA profession. Young helped lead the AICPA’s effort to have Congress ban tax strategy patents so that taxpayers have equal access to legal methods of complying with the tax laws Congress intended for use by all.   Teamwork with the state CPA societies resulted in similar patent reform bills overwhelmingly passing the U.S. Senate in March 2011 and the U.S. House of Representatives in June 2011.

Young has worked with others in the accounting profession to ensure stronger protections for public company investors during consideration of the Dodd-Frank bill, and to provide flexibility for the Public Company Accounting Oversight Board’s regulation of auditors of broker-dealers.

Prior to joining the AICPA in 2007, Young served as director of economic policy for Senator Debbie Stabenow, a Democrat from Michigan, and worked for the House Financial Services Committee.